“Heiress of The Thunder God”

In the forest a single cottage stands, smoke coming from the chimney, the golden city of Asgard can be seen in the distance

A woman (Jehoel), with six wings of pure white, lay giving birth. Loki is acting as a midwife, Thor is pacing.

It was forbidden, this lust we had for each other. And that is what it was, lust. Jehoel did not love me, this Seraphim Angel from the Midgardian realm lusted for me. And I, for sure, did not love her.

The baby cries and Loki placed the wrapped bundle into Thor’s arms, a patch of thick red hair upon the babe’s head.

Congratulations, it is a girl.

Thor looks down at the child, seeing the power of the storm behind her eyes that matched his own.

But I do love her, my Heiress, my…

Thor turned to the door that opened, Loki took the moment to shift into a disguise of a peasant midwife. In walks God, Odin, Freyr, Thrym, Ymir, Njord, Hreidmer, Hela, and Surtr. The leaders of the Nine Realms. Odin walked over and looked at the child.

The child must be destroyed. Midgard is the heart and soul of the Realms. It is why unions of the Midgard protectors and those from the other realms are forbidden.

Thor moves the child into one arm and calls upon Mjölnir.

No, Father, she is my daughter. My heiress.

She shall have too much power. Look at what happens when children think they can do better than their creator. They get ideas of grandeur.

Pórdís, MY daughter, is not Samuel. Who tried to rule Midgard. My daughter is not even like Michael and your loyal lap dog.

Odin looked down at the child, his face softens for his granddaughter. He takes her into his arms and lets her curl her tiny hand around his finger.

Bind her powers, let her live a damned life of a mortal. Die like a mortal, and upon her death instead of hell or heaven of Midgard, she shall be released back to Yggdrasil.

Hela walked up to see the babe and smirks as she looks down into the eyes of power.

She shall live a cursed life until either she comes into her powers or until her death.

And if she comes into her powers, she will either become the savior or the destruction of Midgard.

I will not kill my granddaughter. Call Loki, he shall bind her soul, her powers, and take her to Midgard to live a mortal life.

Thor removed his child from his father’s arm. He looked down at her, running a finger across her cheek.

Pórdís, you shall always be my Heiress.

Loki takes advantage and crashes into the hut like had just been summoned. He walks to Thor and mummers a spell so that he and Thor can have a conversation.

Blood Brother, what do you truly want? I will make it happen.

My daughter will be the only woman I will eve truly care for, I will marry Sif, I will have sons. But my daughter is my completion. I need her safe and given a chance to take her place as my Heiress.

*nods* I will bind her powers until her thirtieth year on Midgard. Upon her thirtieth birthday the binds will start to dissolve. But to do this Thor, Blood Brother, it will curse her to hardships until she comes into her powers.

But she will gain what is rightfully hers. What is owed to her, correct? The extended life, her powers, all that is granted to her as the daughter of a god? As a godling herself? Can you sense what her powers will be?

She shall take after you mostly, with a blessing of shapeshifting and the gift of prophecy sight, these are gifts from the Tree of Life. She will command all the elements, Earth from her paternal grandmother, Fire from her mother, Air and Water from you. I will bless her to understand all languages and have a silver tongue. Her powers, but her language ability will be bound. She will know a life of strife, and through that she shall grow. I swear to you Blood Brother, she will become the true protector of all the realms. To you I shall tell no lie, as is the oath we took as Blood Brothers.

Do it, you are her Blood Uncle. Leave with a Midgard name.

Thor pauses, running a finger down his child’s face, he thinks of the name he wants his daughter to use upon Midgard, thinks of the Midgardian languages. He smiles sadly before whispering the name to Loki, who nods and takes the child. He uses the Bifrost and as Thor watches, Loki leaves upon a doorstep of a man he can sense will try to care for her. Loki runs a finger down her cheek.

We will meet again,

Thor watching, he whispers at the same time as Loki


Fade Out:
Posted by Katherine Rochholz at 8:28 AM No comments:

Drawings/Digital Drawings of some of the Characters 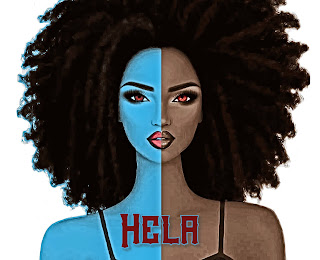 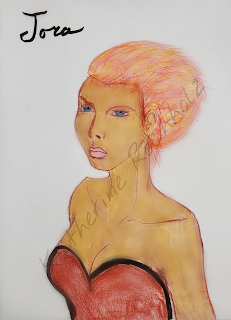 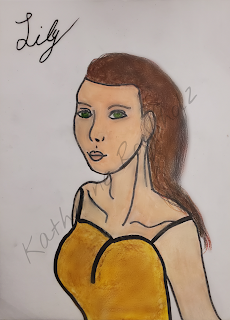 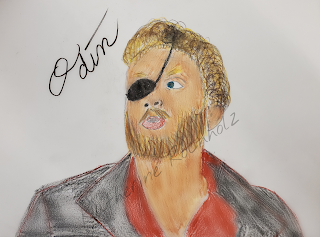 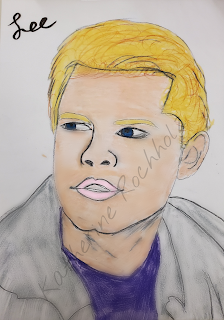 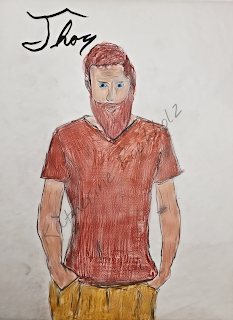 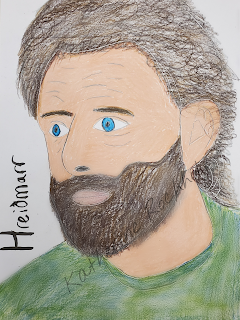 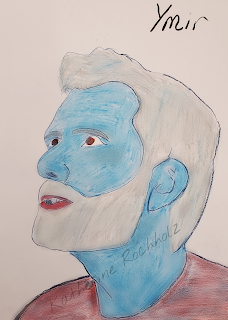 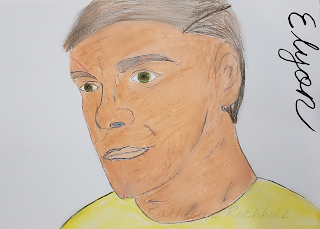 Posted by Katherine Rochholz at 10:25 AM No comments:

The Godling: Heiress of the Thunder God

The Godling: Heiress of the Thunder God
Starting in June
Monthly 'Episode'

Tora knew nothing about her past. She was found upon a doorstep and raised by her 'grandfather' until she was 14. After he passed away she found herself homeless and at 18 she stole some food and cash from the wrong place. An Alford Plea and ten years later, she is trying to put together a life for herself, and she decided to go to school, and at 30 she finally gets her chance. But what she doesn't know about her past is about to turn her life around.
Will she survive paying for the sins of her birth parents?
With finding out the ideology of religions past and present are real, an unexpected child of God's cast out son, a roommate and best friend who has a Realm shattering secret of her own, and a love interest that has more secrets than the ineffable Gods themselves, Tora is about to find out her desire for a new life may not be worth the cost. 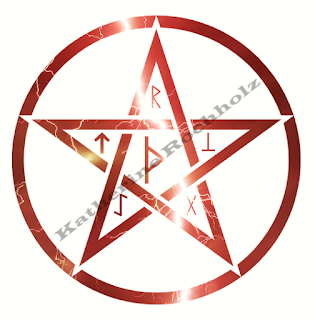 Posted by Katherine Rochholz at 10:51 AM No comments: